If you work for a producer or oil field services company, you might have a bit of an issue with that title.  But just for a moment, put your worries aside and consider the silver lining – huge improvements in our industry’s productivity over the last few years.  Things are getting better and better.  In fact that is part of the problem.  Producers have just become too productive for their own good. We’ve seen the consequences of this kind of productivity improvement before, not in the energy industry, but in electronics.  Moore’s law, remember?  In today’s posting we’ll look at some of the evidence of huge productivity improvements, what it has meant for production volumes, and the implications for U.S. producers now facing many of the same issues that electronics companies have dealt with for decades. 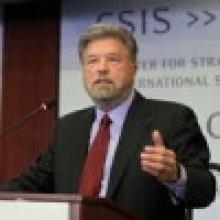 Today’s blog is based in part on a presentation Rusty made on January 25, 2015, for the Center for Strategic and International Studies (CSIS) in Washington, DC.    Audio and video of the presentation are available on the CSIS website.

Not surprisingly since November 2014 there has been no topic that has occupied more of the RBN blogosphere than the crude price crash.  Back in November we speculated about the likely impact on U.S. shale oil production of falling crude prices (see Stop in the Name of OPEC). In that post we pointed out that shale production was not going to grind to a halt as soon as prices reached a level that made new drilling in existing fields seem uneconomic.   We reviewed evidence from investor presentations that supported that position in Rig Cuts Deep Output High.  We finally dug in to the numbers to look at producer economics, rates of return and breakeven prices in It Don’t Come Easy – Part 1, Part 2 and Part 3.   Our conclusion from that series was that rates of return for most crude oil plays are breakeven at best with crude oil prices below $50/bbl. But there were a lot of assumptions imbedded in that analysis, not the least of which is that the productivity of drilling and completion will be static.  Based on the industry’s experience during the Shale Revolution, that actually seems highly unlikely.

That’s because the industry has been improving its productivity like crazy.   We first visited this issue back in 2012, looking at Southwestern Energy’s natural gas production results in the Fayetteville in Kinda Spooky.  In that analysis we saw that in 2007 a single rig could generate 34 MMcf/d of new production (the aggregate 30 day initial production rate of all wells) but by 2011 that same rig (or perhaps one with more sophisticated technology) could generate 151 MMcf/d, a 338% productivity improvement.   The math was simple.  Southwestern could drill wells faster, which means more wells per year with a single rig.  And the wells were larger – they had higher initial production rates.  Put those two facts together and you have major advances in productivity.

But that was natural gas several years ago.  How about crude oil today?  To see what that looks like we applied the same analysis to EOG’s operations in the Eagle Ford.  The numbers in Figure #1 below are derived from the November 2014 EOG Resources Investor Presentation.

To access the remainder of Getting Better all the Time – Productivity Improvements, Crude Production and Moore’s Law you must be logged as a RBN Backstage Pass™ subscriber.