Welcome to 2015!  No, the last few months of 2014 were not a dream – or nightmare, depending on your perspective.  Crude oil prices really did come crashing to earth, sucking down NGL prices in the process.  And natural gas prices followed, falling to $3/MMbtu last week.  Price relationships are out the window, as are drilling budgets.  Over the next few months, these markets will be going through some of the most dynamic changes in years, with unpredictable consequences.  Unpredictable?  Nah.  No mere market turmoil will dissuade RBN from sticking our collective necks out a third year in a row to peer once more into the crystal ball.   Today we wrap up RBNs Top Ten Energy Prognostications for 2015 – Year of the Goat – #5 to #1.

Last week on January 2nd we posted Part 1 of our annual prognostications blog.  If you did not review that one yet, it would be good to do so before reading today’s posting.  This is Part 2.

As has been our tradition, Part 1 started with a review of our 2014 track record – how we did with our ten predictions from the posting a year earlier – January 2, 2014.   Generally speaking, we thought it turned out to be another pretty good year for the RBN crystal ball, particularly for issues like Marcellus gas, crude-by-rail, Permian production, gas prices, LNG exports and ethane exports.  We followed that retrospective with our assessment of the theme for the upcoming year, another annual ritual.  In 2013, the theme was surplus, followed in 2014 by demand.  We concluded that our 2015 theme should be price, and so most of this year’s prognostications are about price – where prices are headed and what happens when they get there. 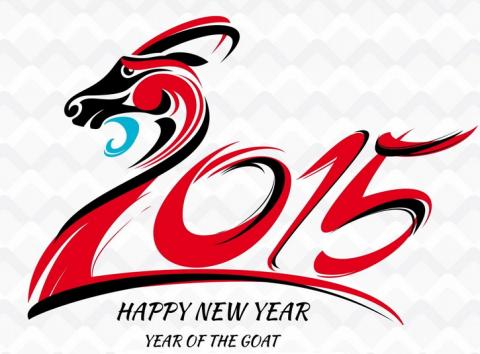 Like any good New Year’s top ten list, we start at number ten and work our way down to number one.  The first five prognostications from Part 1 are summarized below:

10.  Crude prices won't 'rebound' or ‘recover’ any time soon.  Welcome to the new normal.  $100/bbl crude oil prices are in the rear view mirror, at least for a couple of years

9.   U.S crude oil production won’t decline any time soon.  There is some expectation that declining crude prices will soon result in declining U.S. production, but instead those declines are months away, at least.

8.   Gas processing has a problem.  Last week the Frac Spread closed out the year below $2/MMbtu.  That spread hardly justifies the cost of processing, much less the cost of transporting NGLs to market.

7.   Ethane-only petrochemical crackers have a problem.  It seemed like a good idea at the time.  Build a petrochemical cracker to produce ethylene from cheap ethane, and keep capital costs low by designing only for a single feedstock.  But now ethane is the lowest margin NGL feedstock for petchem crackers.

6.   Marcellus gas still has a problem.  On New Year’s Eve, the price for natural gas in the northeastern part of Pennsylvania was down to only $1.12/MMbtu.  That’s a problem, because even the most efficient producers drilling the most prolific wells in that area need at least $2.00/MMbtu to break even.

The explanations for each of the prognostications above in Part 1 are considerably more elaborate than these summaries.  So to get the whole story, review those details before reading on.  And now for the remaining five 2015 prognostications.

To access the remainder of The Top Ten RBN Energy Prognostications for 2015 – Year of the Goat – #5 to #1 you must be logged as a RBN Backstage Pass™ subscriber.