Gasoline and diesel prices are skyrocketing. Refineries are running near maximum capacity. The Biden administration is asking refiners to bring more capacity online to relieve refining constraints. And as the economy recovers from the COVID meltdown, it looks set to get worse before it gets better. So the timing could not be better to launch our new team focused on refineries and refined products: RBN Refined Fuel Analytics. We readily admit that this is an advertorial but stick with us, it will be worth it. We’re building out a whole new approach to the understanding of refined fuel markets –– both traditional hydrocarbons and renewable fuels –– from feedstocks through refining processes to final products. In today’s RBN blog, we’ll introduce the who, what and how of this important initiative.

Ever since gasoline prices jumped over $4/gal just after Russia’s invasion of Ukraine, refineries and petroleum products have been front-and-center in energy markets, including the focus on daily price machinations, conspiracy theories and political discourse. Here in the RBN blogosphere, our postings on the subject have ramped up accordingly, covering everything from the debate around Renewable Identification Numbers (RINs) (Misunderstanding?), refinery shutdowns (Already Gone), and the politics (Meet In The Middle). It has never been more important to understand what is really going on with refined fuels, what kind of physical constraints the industry faces, and most importantly, what can be done about it.

RBN is tackling these issues head-on by establishing a new team totally focused on providing refinery analytics and consulting services to oil and gas producers, midstream companies, energy marketers, the petrochemical sector, energy investors and, of course, refiners. Our services include consulting, strategic advisory, transaction due diligence, dispute resolution, litigation support, and regulatory strategy. We call our new team Refined Fuels Analytics –– RFA for short. It’s a new business unit that will have access to all the resources of RBN, plus a lot more new data we are pulling into our databases that will enable us to go far deeper into the refinery sector than we’ve ever done before.

But the real strength of RFA comes from the team leadership that we are announcing today.  John Auers will lead the group as Managing Director. John is one of the best-known refinery experts in the country and is quoted frequently in the general media such as the Wall Street Journal, New York Times, Reuters and Bloomberg, and industry publications like Oil Daily, Hydrocarbon Processing, and S&P Global. He is a frequent speaker at industry events and to company boards and management teams. John was previously Executive Vice President with Turner, Mason & Company, and earlier in his career was with ExxonMobil at the company’s Baytown, TX, refinery. He is a licensed professional engineer in Texas and Nebraska and is a member of Texas Society of Professional Engineers and the American Institute of Chemical Engineers. 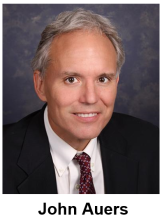 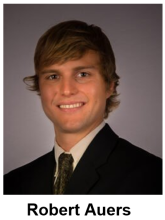 And John is not the only Auers joining the team. Robert Auers, Manager, Refined Fuels, is taking on the role of RBN-RFA’s primary refinery modeler and refined fuels market analyst. Robert was previously with Western Refining’s El Paso Refinery (now Marathon) and Turner, Mason. He holds a B.S. in Chemical Engineering from the University of Texas at Austin and is highly experienced in petroleum refining and renewable diesel economics, process engineering, process design, and HazOp review.

By the way, the title of today’s blog is from “Big Spender” by Peggy Lee and many other artists that includes the line “Good lookin', so refined” in the first stanza. We’re no judge of such things, but we have been told that John and Robert are in fact, “good lookin'.” However, we assure you than neither John nor Robert are “big spenders.” Frugality is a core value here at RBN!

Of course, there are a lot of sources for information on refinery processes and refined product markets out there. So, what’s different about what RBN-RFA is offering? It’s really all about making refining information and data concisely and clearly understandable. It’s about getting to what really matters, based on a deep understanding of the technologies and operational details, without dragging our readers and clients through an unnecessary morass of tortuous minutiae. Let’s face it. Most refinery information falls into one of two buckets. Either it is too technical, overly dense, acronymically intense, and unnecessarily convoluted. Or it is written by technological neophytes who don’t really understand the fundamentals. At RBN-RFA, our mission is to bridge the gap between those two buckets, so that our work makes sense to a broader audience but is anchored in a rock-solid understanding of how refineries and refined fuels markets work in the real world.

That’s our mission, whether we are advising on the startup of a shuttered refinery (we are working on one of those now), assessing the economics of a new refinery unit, estimating the value of light-heavy price differentials over the next few years, modeling the impact of new regulations, or assisting with a dispute between a buyer and seller of a particular refined product stream. RBN-RFA has experience with these and all kinds of assignments, and we are ready to take on the biggest, most complex issues facing the markets.

We’ve already launched the RBN-RFA consulting practice and we have a couple of engagements in the pipeline. But that’s only one part of our new team’s responsibilities. We are also gearing up to publish a new line of subscription products, similar to our current offerings, but built around our expertise in refined fuel markets, including refinery construction and capacity increases, the implications for feedstock and product prices and differentials, key issues facing refined fuel markets (octane, RINs, import/export balances, etc.), and everything we can pull together that is associated with alternative fuels, decarbonization, sustainability, and carbon sequestration. Moreover, we’ll be tackling these topics not only for North America, but also for global markets. Yup, it’s a lot of work, but with the combined resources of RBN and our new RFA team, we have the capacity to make it happen.

If you are interested in what we are doing with RBN-RFA, please click on this link.  We’ll be happy to talk about our new team and what we have planned. And of course, if you have a project that might be a fit for RFA, let us know either at the link, by contacting your key RBN rep, or by emailing TJ Braziel (tjbraziel@rbnenergy.com), Drew Kicey (dkicey@rbnenergy.com), or Scott Potter (spotter@rbnenergy.com). And stay tuned. We have much more coming from RBN-RFA.

"Big Spender" was written by Cy Coleman and Dorothy Fields for the Broadway musical Sweet Charity in 1966. In the musical, it is sung by a chorus of dance hostess girls. Peggy Lee was the first artist to record and release the song, from her album of the same name. Her version was recorded at Capitol Studios in Hollywood in October 1965 and released as a single in January 1966. It went to #9 on the Billboard Adult Contemporary Singles chart. Personnel on the record were: Peggy Lee (lead vocals) and The Bill Holman Orchestra (instrumentation). The song has been featured in various films and television shows over the years and covered by many artists. Shirley Bassey had a Top 30 hit with it in the UK in 1967. Muriel Cigars had a popular television ad campaign with "Big Spender" in the early 1970s, featuring Edie Adams.

The Peggy Lee album Big Spender was recorded between October 1965 and February 1966 at Capitol Studios in Hollywood, with Dave Cavanaugh producing. Featuring mainly Broadway show tunes, the album was released in February 1966. It went to #130 on the Billboard 200 Albums chart. "Big Spender" was the only single released from the LP.

Peggy Lee was an American jazz and pop music singer, songwriter, and actress, with a career spanning seven decades. Lee released 58 studio albums and 166 singles, won one Grammy Award and was given a Grammy Lifetime Achievement Award. She is a member of the Songwriters Hall of Fame and the Big Band Jazz Hall of Fame. Lee is often credited as the inspiration for the Margarita cocktail, which was invented for her at the Balinese Room in Galveston, TX, in 1948. She died in Los Angeles in January 2002 at the age of 81.