Blank Space, Part 2 - The Ins and Outs of Natural Gas Storage
Get our Daily Blog Email

Alan Greenspan coined the phrase "irrational exuberance" during his tenure as Federal Reserve chairman. He used it in a 1996 speech in reference to the excessively high prices of "dot-com" companies. He worried that assets were overvalued. Four years later, the dot-com bubble burst, confirming his concerns. Presently we are observing the last gasps of irrational exuberance in petroleum. Call it "petro-exuberance." This malady became apparent during a session on oil market issues at the World Economic Forum in Davos, Switzerland. Some panelists clearly had a case of irrational exuberance, an overenthusiasm no different from what we saw at the end of the dot-com and the housing crises.

Claudio Descalzi, chief executive of Eni, and the International Energy Agency's Fatih Birol showed the most distinct symptoms. Both seem under the illusion that oil price levels today are temporary rather than characteristic of a new ceiling that producers will welcome in a year or two. In his remarks, though, Descalzi unintentionally advanced an explanation for recent developments and the likely way forward for global oil markets: "What we need is stability. ... Opec is like the central bank for oil which must give stability to the oil prices to be able to invest in a regular way." His observation, if correct, promises a prolonged period of low prices and a harsh climate for those producing oil. 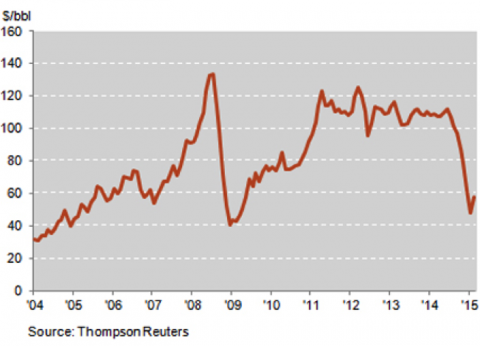 Panel moderator Daniel Yergin joined the dialogue and asked the participants whether the central bank of oil was making a mess of things. Their answers made one thing obvious: they had no concept of the role central banks play in economies. If they had, they might have said this: "Not at all. A major central bank of oil finally responded properly in November when a decision was made not to cut output. While the action came late, the bank took away the punch bowl, just as really good central bankers must do from time to time. Market participants had become irrationally exuberant, investing billions upon billions in high-cost projects."

In refusing to cut production, one central bank of oil (Saudi Arabia) followed a script written by Paul Volcker 36 years earlier. Volcker became head of the US central bank in August 1978 when inflation in the US was out of control. Oil today is in straits similar to those of the US economy in the late 1970s. The managers of the "central banks of oil," which include key producing countries and consuming nations that own large strategic stocks (especially the US and Japan), should be concentrating on oil prices and the rate of oil price increases or decreases, just as Descalzi suggests. However, all have ignored this responsibility for the last 10 years. This "dereliction of duty" on the part of oil producers and consuming nations allowed crude prices to rise to excessively high levels. As a result, an irrational exuberance grew in the oil industry, fueling larger and larger capital expenditures on gigantic projects to produce oil and, at the same time, prompting investment in expensive technology developments aimed at eliminating oil use. Investors in both camps received an additional boost from the quantitative easing advanced by central banks after the 2009 crisis.

To access the remainder of The Era of Petro-Exuberance – The Real Reasons Underlying Today’s Crude Oil Prices you must be logged as a RBN Backstage Pass™ subscriber.