U.S. propane production growth in the shale era and the addition of new domestic and export terminal infrastructure has resulted in a radical transformation of the U.S. propane market. But even as the market responds to these positive developments, the memory of shortages and price spikes during the Polar Vortex winter of 2013-14 lingers. The market response since that crisis, and what further actions the industry might take to be better prepared for future market disruptions are the subjects of RBN’s latest Drill Down report reviewed in today’s blog (click here for a preview of the report: Next To You: A Transformation in Propane Markets). 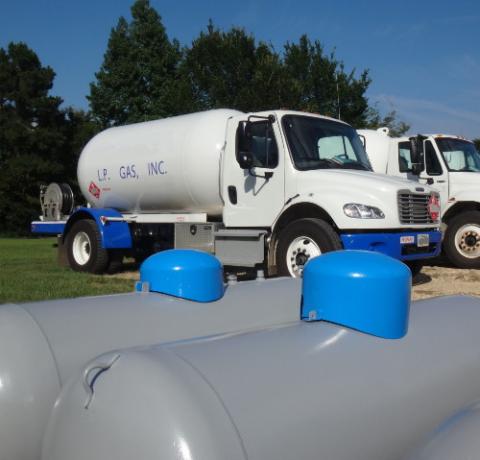 Many of you have been following our serialization of RBN’s analysis of the U.S. propane market – carried out on behalf of the Propane Education and Research Council (PERC – see Episode 8 of Can’t Get Close to You for links to the rest of the series). PERC engaged RBN to assess market developments that could impact the prospects of disruptions similar to the one that occurred in the Perfect Storm winter of 2013-14, and to suggest actions that could alleviate the risk of such market turmoil.  The project was completed in August and with the permission of PERC, the series summarized some of RBN’s analysis and conclusions.

Next to You: A Transformation in Propane Markets

We have released our latest Drill-Down report describing the radical transformation of the U.S. propane market in the shale era Backstage Pass subscribers analyzing internal rates of return (IRR’s) and crude breakevens in a low crude price environment.

More information about Next to You: A Transformation in Propane Markets here.

Today we are pleased to publish a more comprehensive version of RBN’s PERC report “Next to You: A Transformation in Propane Markets”  - made available as part of RBN’s Drill-Down report service provided to our Backstage Pass subscribers. This report combines an in-depth discussion of the opportunities and challenges facing the U.S. propane market in the coming years, with a comprehensive analysis of propane market fundamentals including:

Key report themes center on the impact that surging domestic propane production from gas processing plants will have on both the domestic and international markets. Increased propane production on an annualized basis is expected to reach 1.4 MMb/d in 2015 with domestic demand reaching an average of 960 Mb/d this year. On paper that means propane production now easily outweighs demand with the balance of supply going to the export market. But in reality much domestic demand for propane is seasonal – providing for residential and commercial space heating during the winter, particularly in the northeast (PADD I) and the Midwest (PADD II) as well as meeting agricultural needs such as fall crop drying in the same regions. The seasonal nature of these propane demand sectors together with finite storage infrastructure mean that markets continue to depend on inter-regional flows to meet demand peaks.

At the same time traditional regional imbalances have been reduced because new propane production from gas processing has occurred far closer to seasonal demand centers – in the Appalachian Marcellus and Utica basins close to northeast demand and in the North Dakota Williston basin close to Midwest demand. The result of these regional supply changes has been the development of new inter-regional infrastructure and flows including pipelines but also a greater reliance on rail shipments in regions such as PADDs I and II where access to pipeline infrastructure is not available to some areas of significant production growth.

Generally speaking domestic propane demand is expected to remain rather static or decline slightly over the next 10 years because of population shifts to warmer climates and competition from other fuels (mainly natural gas). The wild card in domestic demand will be  PDH (propane dehydrogenization) units that produce propylene from propane. At least 6 such PDH units are planned in coming years with one on the East Coast at Marcus Hook, PA and the others along the Gulf Coast. The level of operation of these plants (including whether they are built) will depend on the level of propane supplies available and overall demand for propylene.

To access the remainder of Next to You: A Transformation in Propane Markets you must be logged as a RBN Backstage Pass™ subscriber.