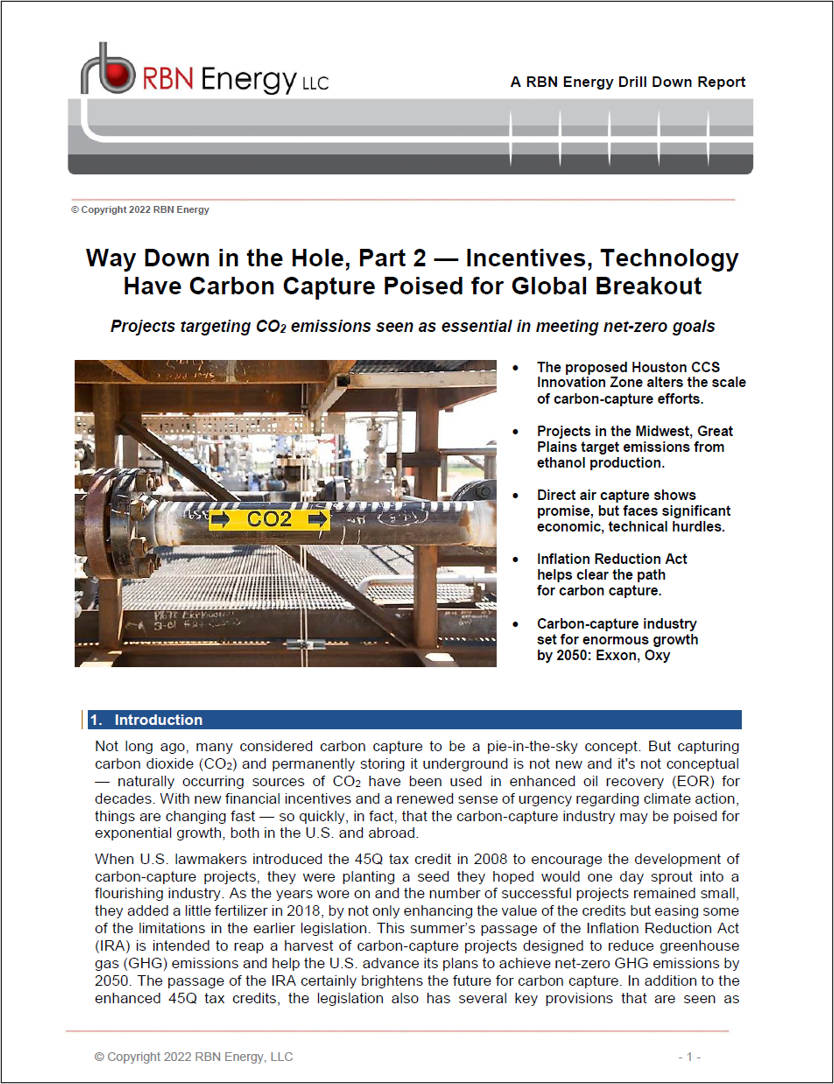 Not long ago, many considered carbon capture to be a pie-in-the-sky concept. But capturing carbon dioxide (CO2) and permanently storing it underground is not new and it's not conceptual — naturally occurring sources of CO2 have been used in enhanced oil recovery (EOR) for decades. With new financial incentives and a renewed sense of urgency regarding climate action, things are changing fast — so quickly, in fact, that the carbon-capture industry may be poised for exponential growth, both in the U.S. and abroad.

When U.S. lawmakers introduced the 45Q tax credit in 2008 to encourage the development of carbon-capture projects, they were planting a seed they hoped would one day sprout into a flourishing industry. As the years wore on and the number of successful projects remained small, they added a little fertilizer in 2018, by not only enhancing the value of the credits but easing some of the limitations in the earlier legislation. This summer’s passage of the Inflation Reduction Act (IRA) is intended to reap a harvest of carbon-capture projects designed to reduce greenhouse gas (GHG) emissions and help the U.S. advance its plans to achieve net-zero GHG emissions by 2050. The passage of the IRA certainly brightens the future for carbon capture. In addition to the enhanced 45Q tax credits, the legislation also has several key provisions that are seen as favorable to the industry — including lower emissions thresholds for qualifying facilities and the option to receive the tax credit as a direct payment — but that doesn’t guarantee success.

The key theme when it comes to the 45Q tax credit and carbon-capture projects in general is potential. As we detailed in Part 1 of this report, the ongoing energy transition and clean-energy goals have set the stage for carbon capture’s growing importance, but advances in technology, long-term commitments to decarbonization and enhanced government incentives have the industry poised for a global breakout.

“Way Down in the Hole, Part 2” is included in RBN Energy’s 2022 Drill Down report series, a suite of reports covering many of the key issues expected to impact the markets for crude oil, natural gas and natural gas liquids. Drill Down reports are part of RBN Backstage Pass™ premium resources that also include Blog Archive Access, Spotcheck Indicators, Market Fundamentals Webcasts, Get-Togethers and more. By subscribing to RBN’s Backstage Pass™ Premium Services, you plug into our network and get direct access to our premium resources.

Download a preview of Way Down in the Hole, Part 2