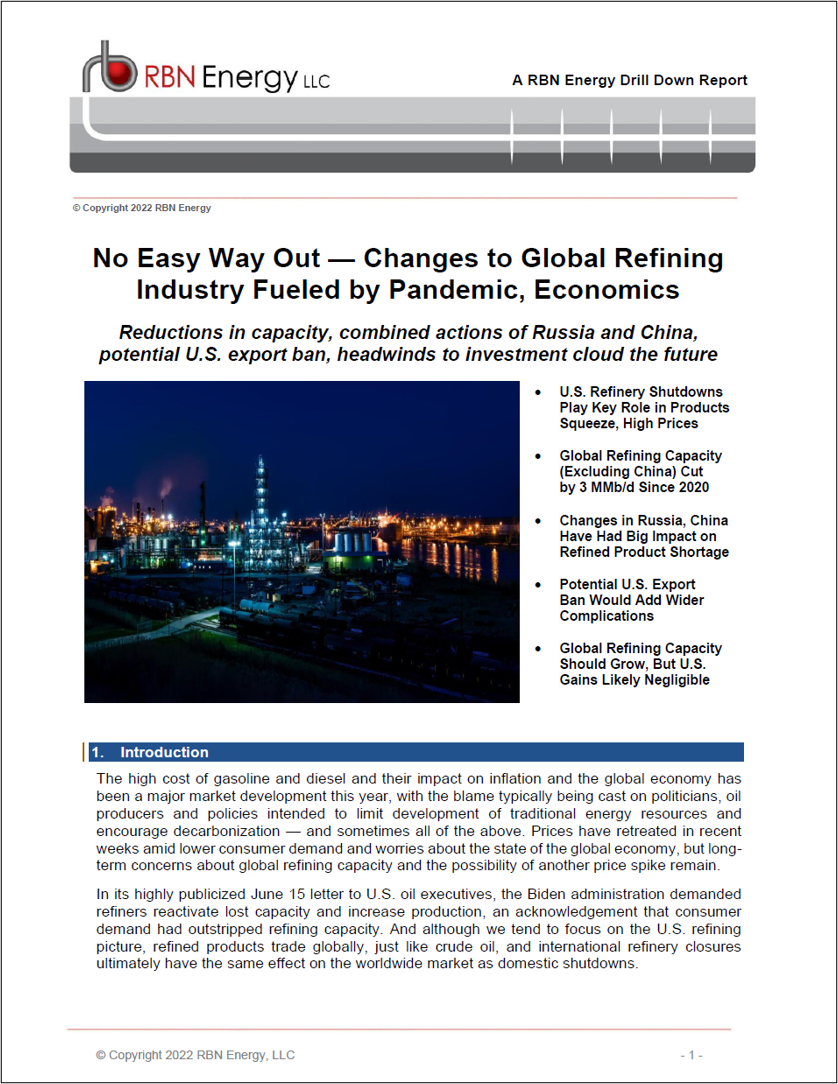 The high cost of gasoline and diesel and their impact on inflation and the global economy has been a major market development this year, with the blame typically being cast on politicians, oil producers and policies intended to limit development of traditional energy resources and encourage decarbonization — and sometimes all of the above. Prices have retreated in recent weeks amid lower consumer demand and worries about the state of the global economy, but long-term concerns about global refining capacity and the possibility of another price spike remain.

In its highly publicized June 15 letter to U.S. oil executives, the Biden administration demanded refiners reactivate lost capacity and increase production, an acknowledgement that consumer demand had outstripped refining capacity. And although we tend to focus on the U.S. refining picture, refined products trade globally, just like crude oil, and international refinery closures ultimately have the same effect on the worldwide market as domestic shutdowns.

Most refining-capacity reductions in recent years — in the U.S. and elsewhere — were driven by the same forces, namely, poor economics resulting from the pandemic-driven demand plunge in 2020 and 2021 as well as expectations that margins would take a long time to recover post-COVID. (We should note that refinery profitability has been high this summer and remains strong despite the recent price decreases.) Of course, worries that the energy transition and policies to that end would suppress demand in the long-term also played a key role, as did some fundamental competitiveness issues at individual facilities.

“No Easy Way Out” is included in RBN Energy’s 2022 Drill Down report series, a suite of reports covering many of the key issues expected to impact the markets for crude oil, natural gas and natural gas liquids. Drill Down reports are part of RBN Backstage Pass™ premium resources that also include Blog Archive Access, Spotcheck Indicators, Market Fundamentals Webcasts, Get-Togethers and more. By subscribing to RBN’s Backstage Pass™ Premium Services, you plug into our network and get direct access to our premium resources.