U.S. looks to ramp up LNG exports as Europe moves away from Russian energy; three U.S. projects could reach a final investment decision in 2022 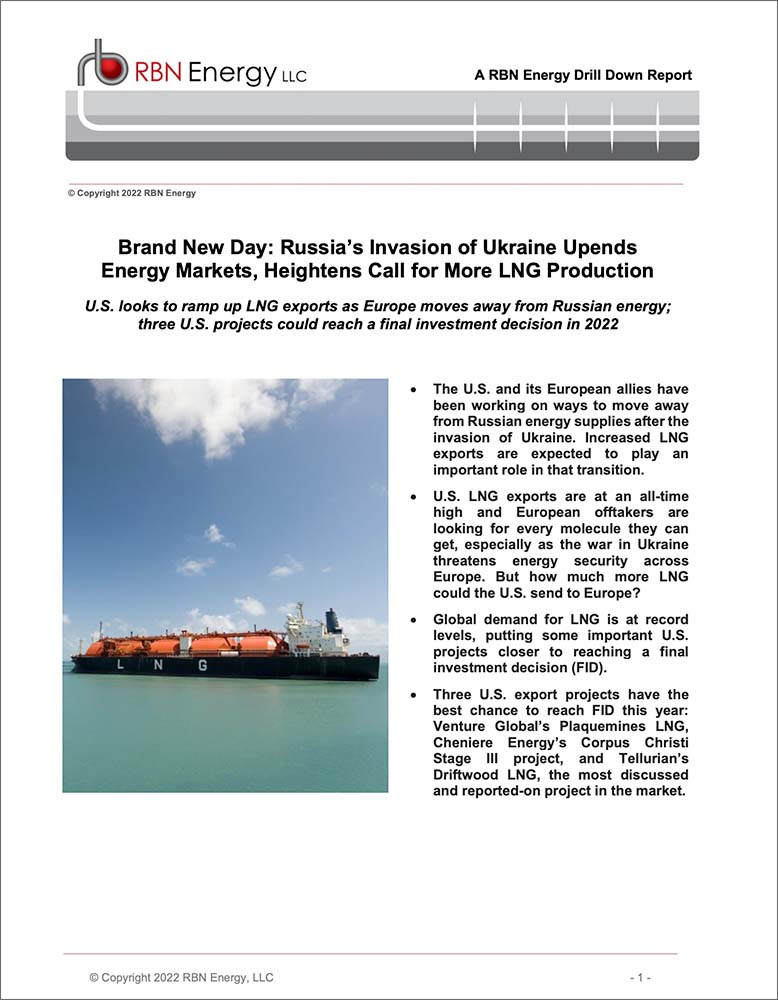 As recently as the mid-to-late 2000s, the U.S. was expected to become a major importer of LNG. Instead, the opposite occurred. Once forecast to need tens of millions of metric tons of LNG each year to meet its own power-generation needs, the U.S. is now producing about the same amount and sending it to Asia, Europe and other markets. That swing — from the expectation of being a major LNG importer to the reality of being a top-tier producer/exporter — has had a huge impact on the global market, and the influence of that reversal cannot be overemphasized, especially after Russia’s invasion of Ukraine, which has sent much of Europe scrambling for more LNG.

Multiple U.S. projects are racing to capitalize on the momentum that the extended run of high global gas prices has brought. Just how many projects will be able to achieve FID is unclear, but it is likely to be more than one in the U.S. Gulf Coast, and once that decision is made, it will reshape the global LNG landscape and the U.S. gas market for years to come. The three closest to FID are Venture Global’s Plaquemines LNG, Cheniere Energy’s Corpus Christi Stage III and Tellurian’s Driftwood LNG.

“Brand New Day” is included in RBN Energy’s 2022 Drill Down report series, a suite of reports covering many of the key issues expected to impact the markets for crude oil, natural gas and natural gas liquids. Drill Down reports are part of RBN Backstage Pass™ premium resources that also include Blog Archive Access, Spotcheck Indicators, Market Fundamentals Webcasts, Get-Togethers and more. By subscribing to RBN’s Backstage Pass™ Premium Services, you plug into our network and get direct access to our premium resources.

Download a preview of Way Down in the Hole