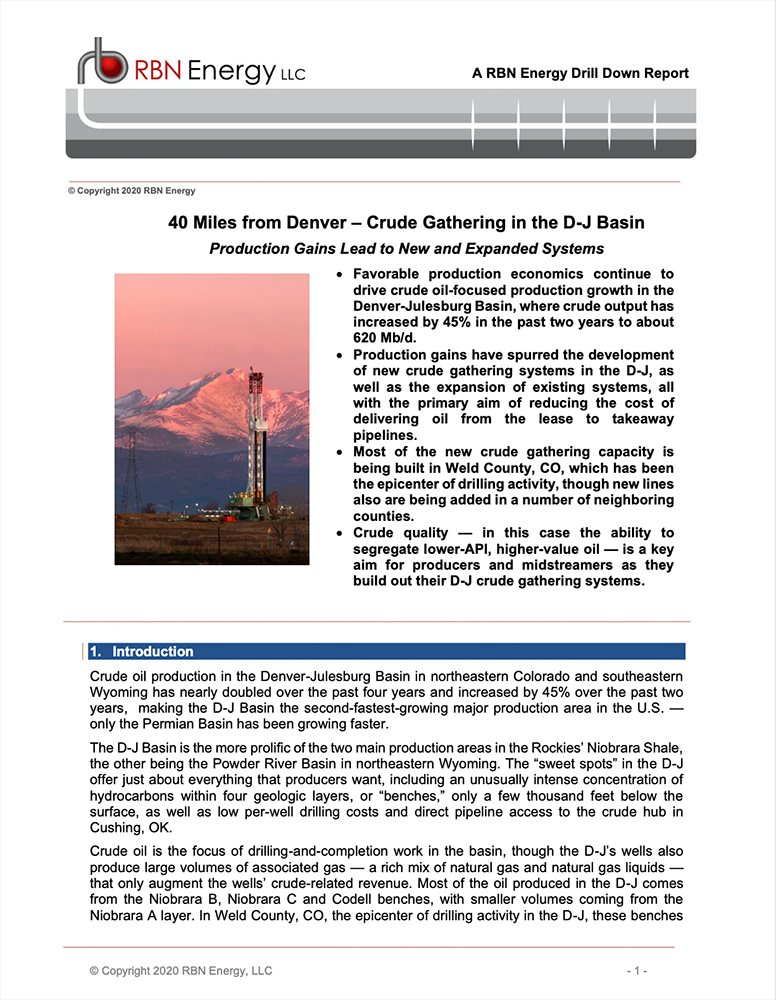 Crude oil production in the Denver-Julesburg Basin in northeastern Colorado and southeastern Wyoming has nearly doubled over the past four years and increased by 45% over the past two years,  making the D-J Basin the second-fastest-growing major production area in the U.S. — only the Permian Basin has been growing faster.

In this Drill Down Report, we discuss a large sampling of existing and planned crude gathering systems in the D-J Basin, including, where possible, each system’s mileage, throughput capacity, related storage facilities and connections to takeaway pipelines, as well as the acreage that producers have committed to the system. We also examine the increasing significance of crude quality in the development and design of gathering systems.

40 Miles From Denver is included in RBN Energy’s 2020 Drill Down report series, a suite of reports covering many of the key issues expected to impact the markets for crude oil, natural gas and natural gas liquids. Drill Down reports are part of RBN Backstage Pass™ premium resources that also include Blog Archive Access, Spotcheck Indicators, Market Fundamentals Webcasts, Get-Togethers and more. By subscribing to RBN’s Backstage Pass™ Premium Services, you plug into our network and get direct access to our premium resources.