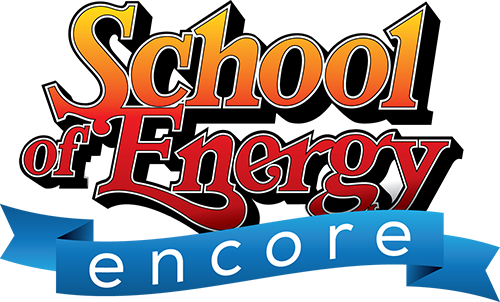 Topics in Module 6 include:

Module 6.1 — Decarbonization and the CO2 Market

For the first time, we’ve devoted half a day of our School of Energy to the energy transition. We start things off with a look at decarbonization and the carbon dioxide market. Aside from being a building block of life, CO2 is also one of the most versatile gases. Its physical and chemical properties and its ability to be processed into a liquid, gas or solid make it ideal for a variety of diverse applications. But the reason we’re talking about CO2 today is because we humans generate a lot of it. Since the industrial revolution, CO2 emissions from human causes have rapidly increased its concentration in the atmosphere, where it acts as a greenhouse gas. This has made it a lightning rod for politicians and environmentalists. We’ll start with a look at the size of the CO2 problem, the leading sources of CO2 emissions, efforts aimed at reducing GHG emissions, and the well-established U.S. markets for CO2.

One way to reduce greenhouse gas emissions is to avoid producing them in the first place, but for many industrial processes it’s too expensive to eliminate the production of carbon dioxide. Once captured, the most straightforward way to get rid of CO2 is carbon capture and sequestration (CCS), where it’s pumped deep underground for permanent storage. But the CO2 can also be used for other things before storage, called carbon capture use and sequestration (CCUS). That’s where this module will put its focus, with a look at enhanced oil recovery (EOR), a process in which CO2 is used to stimulate a reservoir to recover more oil after secondary recovery has played out.

An economic incentive — the 45Q tax credit — is proving to be very effective in promoting major investments in carbon capture across the energy landscape. IRS Section 45Q was substantially revised to provide significant benefits for capturing and storing carbon dioxide. As discussed in Module 6.1, there have always been markets for CO2 , but 45Q allows you to permanently store that gas underground and collect the tax credits. It’s a potentially huge amount of money — hundreds of millions of dollars — which is why it has everyone’s attention.

Modules 6.4a and 6.5 — Legacy Hydrogen and Metrics

Hydrogen markets, in their current state, are not easy to figure out. There is no central repository of hydrogen data, and what’s out there can be disorganized, inconsistent, or intentionally vague. Just like an iceberg, there’s a little information right above the waterline, but a whole lot more going on below the surface. In the last year RBN has taken on the challenge of understanding the hydrogen market, and this module provides a good understanding of where things stand today and how the market could evolve.

There are more than 330,000 miles of transmission and gathering pipes in the U.S., but only about 1,600 miles are devoted to hydrogen. Most of those pipelines are in Texas and Louisiana, and make up the only real hydrogen transportation system in the U.S. This module provides an overview of where the pipelines are, who owns them, and how they connect with the plants that can produce hydrogen.

RBN is tracking more than two dozen planned or existing projects to produce low-carbon hydrogen, from the Gulf Coast and the Northeast to the West Coast and Western Canada. This module provides an overview of hydrogen production and takes a closer look at where those projects are located, the type of hydrogen (blue, green, or turquoise) to be produced, and key details about select projects.

There has been plenty of debate in recent years about greenhouse gas regulations and how they might impact the transportation fuels sector. Some regions have been very innovative in their approach to GHG. California and Oregon have low-carbon fuel standards (LCFS) in place, Washington state’s LCFS programs will begin soon, and other states are evaluating the idea. LCFS programs and the wider push for alternative fuels to complement or displace petroleum-based fuels have been the driving force behind the increased investment in renewable diesel manufacturing.