As if the international market for liquefied natural gas weren’t complicated enough, add the facts that 1) the LNG shipped from various export terminals differs in chemical composition, and 2) the specifications for the natural gas consumed by various countries around the world differ too. In other words, you can’t assume that the heating value and other important characteristics of the super-cooled gas in the LNG shipped from exporting country A will align with the gas specs enforced in importing country B. That’s a big deal to LNG exporters and traders who would like to be able to ship their LNG to wherever it would make the most money, but who need to consider a lot more. Today, we look into the increasing significance of LNG/gas spec differences as the old rules of the LNG market break down.

We’ve been giving increasing attention to the international LNG market, mostly because the first liquefaction/LNG export facilities in the Lower 48 states are coming online (Train 1 at Cheniere Energy’s Sabine Pass is already up and running, and Train 2 is nearing completion) and because natural gas flows to these facilities are starting to affect U.S. gas markets. Our Drill Down report LNG Is a Battlefield provided a big-picture view of things, and our Begin the Sabine and Commencing Countdown, Engines On series described the pipeline infrastructure feeding Sabine Pass and the initial gas flows to the liquefaction/LNG export facility. More recently, in There Will Be an Answer, L-N-G and Southern Cross(ing), we looked at how a glut of LNG supply (mostly from new Australian and U.S. liquefaction/export facilities) continues to reshape the international LNG trade, and makes Europe and South America more likely recipients of U.S.-sourced LNG than many would have thought just a few months ago. 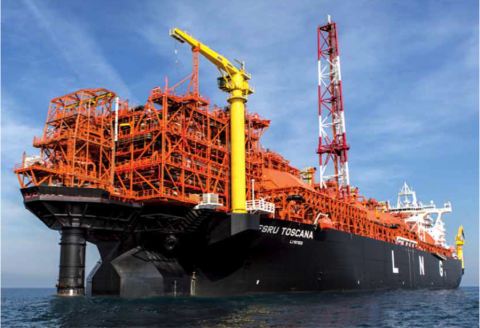 Today we continue our look at international LNG markets by considering Adele, Willie Nelson and Kanye West, and the fact that while they may all be singers, they sure sound different from each other. It turns out there also are measurable, major differences both in the natural gas being produced and piped around the world and in national or regional standards for natural gas specifications. Some gas (Russia’s, for example) is “lean”, which means it is nearly pure methane and has a relative low (meaning less units of energy or British thermal units per cubic foot – Btu/cf) heating value; some, like North Sea gas, is “medium” (still almost all methane, but with some ethane and tiny percentages of other natural gas liquids (NGLs) like butane and propane, and hence a somewhat higher heating value); and some is “rich” or “hot” (more ethane and other NGLs, and an even higher heating value). Similarly, different parts of the world have different standards for natural-gas composition, and their gas-burning infrastructure (everything from gas ranges to gas-fired power plants) is designed to burn gas within that specification range. For instance, Japanese and South Korean standards call for gas that is rich and hot, while standards in the U.S. and the UK call for lean gas with a low Btu/cf, and the nations in continental Europe have a wide range of standards.

To access the remainder of Heat of the Shipment—The Challenge of LNG/Gas Specification Compatibility you must be logged as a RBN Backstage Pass™ subscriber.